Hi My crowd-funding campaign for my latest album 'RIDE' has begun. I am hoping to fulfil a life-long ambition and release a record for the first time. The idea is if enough people pre-order the album (as either LP, CD or digital download) it will enable me to raise the funds I need to press 100 copies on vinyl. This is the link to my Kickstarter page to find out more: https://kck.st/2KWFfWq I am recording eleven new songs which I'm very excited about. The album is ded
9 views0 comments

My new single is a cover version of Fleetwood Mac’s 1972 song, ‘Dust’, to be released on Record Store Day – 21st April. Written by Danny Kirwan, ‘Dust’ was included on the Bare Trees album – the last to feature the mercurial guitarist. The words are taken from the poem of the same name by Rupert Brooke, although Brooke was, for some reason, uncredited. Danny used the same method on his song, ‘Dragonfly’ (see my Blog post about the song), the year before, using the poet W.H. D
42 views0 comments

'Dragonfly' is one of my favourite songs of all time. Written by Danny Kirwan of Fleetwood Mac, it was released as a single by the band in March 1971 - the month and year I was born. It is based on a poem by the Welsh poet W.H. Davies called 'The Dragonfly'. The song’s delicate guitar lines and poignant atmosphere cleverly reflect the poem’s subject matter: "It was a fleeting visit all too brief, in three short minutes he had been and gone." I have loved ‘Dragonfly’ since the
94 views0 comments 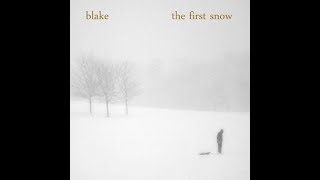