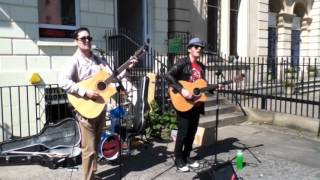 I released my new album Vinyl Junkie on Record Store Day with the album launch at Vinyl Vault in Cheltenham - my favourite shop and location for the 'Vinyl Junkie' single video shoot. My friend and inspiration for the title track, Richard Kilbey, shot the video featured here. I performed five songs from the album with Joe and Chris including 'Fire Fire'. Funnily enough as we were singing it a fire engine pulled up and all the kids who were watching climbed on board - it was s
7 views0 comments
bottom of page